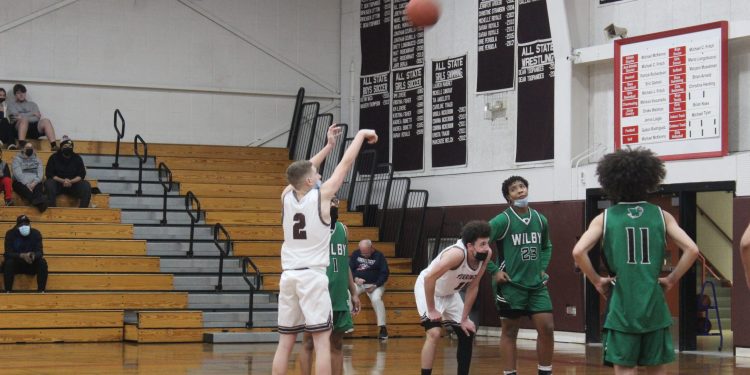 A challenging January for local sports teams due to the Pandemic

TORRINGTON: As we begin (or try to) the 2022 portion of Winter sports in the Northwest Corner, the only thing we can be certain of is the uncertainty that surrounds everything.

The Omicron variance of Covid-19 has raced through the US like a wildfire and will likely lead to as many cancelled games as games played in some communities.

Each new day seems to bring new guidance for schools, forcing coaches and athletic directors to be even more flexible than they normally are during a season that usually comes with its fair share of weather-related changes.

So far, this 2021-2022 school year though, it hasn’t been Mother Nature causing the juggling but a stubborn pandemic that simply isn’t done with us yet.

Here’s a look around the area at how teams are faring when they can hit the court.

Torrington Boys’ Basketball: Eric Gamari and his Raiders sit with a 2-2 record as they start play this week with a road game in Waterbury against WCA on Tuesday, followed up with a home contest Friday against Oxford. Friday night.

It’s been a learning curve campaign to date as a relatively young Raider team looks to find their collective identities as they make their way through this challenging season.

After suffering a tough 96-38 defeat in their season opener at Holy Cross, the Raiders shook if off well over their next three games.

The Crusaders opener was a perfect storm of sorts in that so many things that used to be normal were normal again, if just for a little while.

“It was the first time these kids had played in front of a large crowd in two years,” Gamari said. “They (Holy Cross) were really pumped up and we weren’t able to match that intensity.”

A year ago, teams played in front of limited or no fans, depending upon the venue. If, like in the Raiders case, players are new to playing varsity minutes, it adds another level of intensity to an already intense situation.

To their credit though, Torrington bounced back in the home opener against Wilby and although they lost 54-51, had successfully brushed off the tough loss.

Juniors Jordan Harvey and Thaddaeus Kimberly have been the most consistent starters for the Raiders to date, Kimberly went off for 29 against the Chargers while Harvey has emerged as a leader.

Torrington girls’ basketball: Mike Fritch and his Raiders may have a simple New Year’s resolution.

Have enough players to play a game sometime soon.

As of today, Torrington has had to postpone their game against Watertown on December 30 along with a game against WCA scheduled for tomorrow, January 4.

With any luck (and some positive tests) the Raiders (1-2) will try and play against Ansonia on the road on Wednesday.

Berkshire League Girls’ Basketball: The surprise team this early season has to be the Gilbert Yellowjackets who start the week with a perfect 5-0 mark including three out of conference wins.

A big in-town game is on the slab for this Thursday when the Northwestern Highlanders )3-2) invade “The Hive” with tip-off scheduled for 5:30.

Berkshire League Boys’ Basketball: The Terryville Kangaroos hold the top spot as January kicks in with a 4-1 mark.

After starting the season 4-0, the ‘Roos were beaten by SMSA on December 28 by a 55-47 final in an out of conference Christmas Tournament game in Plainville.

Terryville beat host Plainville by a 53-39 score in their first game.

This week brings a visit to Northwestern (2-1) on Wednesday before a home match up versus Thomaston on Friday night in a cross towns’ rivalry game.