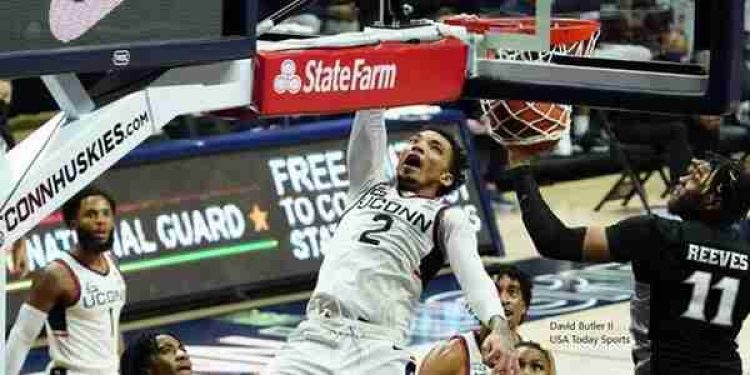 For nearly nineteen years now, I have been in the sports media industry, working in newspapers, magazines, web sites, television, and radio. You name it, I’ve basically done it. This industry is one that requires a lot of holidays and weekends away from family and it’s not lucrative, despite the fact you are surrounded by money everywhere. But, man, is it a conversation starter. You tell a person of your role and the questions start rolling in.

“Have you met anyone famous.” Yes, a few.

“Do you know the players?” Yes.

“Do you get to go to games for free?” Technically yes, but I am working the entire time, and long after fans leave the venue.

“Can you get me free tickets?” Nope.

When Tim Gaffney, the founder of this magazine, asked me to write this piece, I wasn’t sure right away which direction I wanted to go in. I didn’t want to write solely about myself, because even I would be bored by that. So instead, I decided to give a brief rundown of myself for those who don’t know me and also add in what life is like on the press side.

Sports has been a part of my life since I was eight. Don Mattingly, Michael Jordan, and Lawrence Taylor inspired me to start playing, and here I am 31 years later, still playing beer league softball, pickup basketball and running local road races. I, simply, cannot get enough.

I began my media career as an intern at Fox 61 in Harford, working for the best sports television duo, in my opinion, in Connecticut history in Rich Coppola and Tony Terzi. I then worked for eight months at the Republican-American, before beginning a four-year stint in The Register Citizen’s sports department.

At that point, I was burned out from the industry. Corporate leadership had tainted the experience to the point of no return. Thankfully, due to the launch of Litchfield County Sports in 2009, I’ve had an outlet to continue my love of writing, while also having the opportunity to work full-time and build a career to support my family. I am lucky to have the best of both worlds.

Since 2013, I have served as this outlet’s UConn men’s basketball writer. It’s been a wild ride to say the least, bringing me to many great places, such as New York City, Brooklyn, and Philadelphia, and given me the chance to cover great talents such as Shabazz Napier, Ryan Boatright, and James Bouknight. In that time I’ve covered a national championship team, a team that lost in the NIT, teams with losing records, the ugly firing of Kevin Ollie, the rejuvenation under Dan Hurley, and this current, bizarre Covid season with no fans in attendance.

Covering a highly touted national program is intense. There are so many (great) writers who follow the programs, even more than many professional teams. My goal is coming up with the most unique story I can. Pre-Covid, not having a deadline gave me the advantage of not having to rush during postgame interviews to get back to my computer. It allowed me to get to know players after their initial media scrum and ask questions that differ than the basic strategic ones.

Now? Thanks to the pandemic, it’s all Zoom, all the time. Every interview is shared with other media members and it’s a daunting task to come up with creative material. Considering the alternate, which is the season being wiped out, it’s hard to complain, though.

Coming up with stories to share about my time in this job was hard. There are so many with all sorts of emotions from happy to sad to hilarious, etc. So, I decided to keep things current.

First, I will bring you back to March 5, 2020, UConn’s last home game of the season against nationally-ranked Houston. On that date, the fear of Covid was starting to spread. We were just six days away from Rudy Gobert of the Utah Jazz testing positive, a moment that instantly shut down the country.

Gampel Pavilion was packed to the top rows, with over 10,000 fans in attendance in the small arena. If you remember, that’s when we were being told not to tough our faces. During the second half, an announcement was made that the teams would not shake hands after the game out of precaution. Looking back, that was kind of laughable because throughout the game, which UConn won, fans were hugging and high-fiving each other. Christian Vital, in his last game as a Husky, grabbed the microphone after the game to thank the fans for the support they gave him during his career. After he dropped the mic, his teammates tackled him to the ground like they won the World Series. Covid? Whatever.

The atmosphere in the building was incredible. Looking back, it almost feels like UConn fans knew it would be their last time in the arena for a long time and left it all on the line. But, really, no one knew.

Despite the Covid uncertainty in the air, it was business as usual for media members. UConn has always held its postgame interviews in a training room and, like normal, reporters packed in tight trying to ask the players questions. Looking back at the story I wrote that night, I didn’t make one mention of Covid. Little did I know what was ahead.

What was ahead in this role, was eerie silence. Fans are not allowed at any games this season and their absence is felt immensely. The building is so quiet during games, it’s creepy. This was a season fans were looking forward to for a long time with UConn returning to the Big East, with season tickets sales at their highest point in years.

Instead, it’s a pretty sad scene at Gampel. The writers are currently separated by plexiglass. It looks like a hockey penalty box. And between those barriers, our masks, and the music being played, it is nearly impossible to communicate with each other. As I said, it’s still better than nothing.

Earlier this season, the Huskies, who made it back to the Top 25 after four years, played two nail-biters in losing to Creighton and St. John’s on their home floor. I can only imagine what the scene would’ve been like in the stands in those games if fans were allowed. Would it have made a difference in the result? Maybe. But, really, who cares? Just having normalcy back is most important, not the final score of a game.

If there’s anything this job has taught me, it’s to expect the unexpected. UConn proved that by winning the national championship in 2014 and the world taught me that over the last year. I can only wonder what is next.