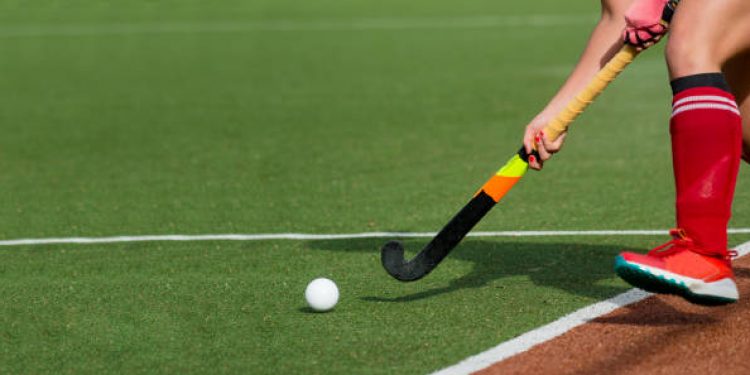 THOMASTON – In a sense it wasn’t supposed to be like this. Not once the girls soccer program was rebooted in 2014. After all, how was field hockey was supposed to survive despite its long presence on the Thomaston High athletic menu?

With a consistently successful cross-country program and soccer offering options would the numbers remain viable.? The younger kids play soccer on thriving recreational soccer teams not field hockey. Would the interest stay fresh? And in a high school whose girls’ enrollment fluctuates between 105 and 130 depending on the year, if the numbers remained workable how could the program possibly be successful?

How thin could you spread the talent? Over the years only former Berkshire League member Lewis Mills and Nonnewaug with enrollments more than three times that of Thomaston were able to achieve consistent  success in both sports at the same time.

Field hockey was on a roll to extinction. Right?

Wrong, balderdash, bite your tongue. It hasn’t quite worked out that way has it. Field hockey is flourishing thank-you. And just for the record these days so is girls soccer and while the girls cross country team was down in numbers this season it was just last season the Bears won both the team title and Maegan Desmarais won a girls school record third straight individual title.

In case you got lost in the fog, Coach John Long’s mighty stickers won their third straight title (6th in program history) Monday night with a 1-1 tie against Watertown. The Bears are 9-0-1 in the BL and 9-1-2 overall. In the three-year run which started with the appointment of Long as head coach the Bears are 33-6-3. That’s not extinction, that’s distinction.

The Bears spun their wheels a bit following the program’s only state title in 2015 fueled by a legendary group that included Morgan Sanson, Gabrielle Hurlbert, Julia Romaniello and Nik Schafer. Long, an immensely popular Middle School ELA teacher, was a popular choice to assume the coaching duties and  has been instrumental in righting the ship.

Throw in a feisty attitude and defense led by goalie Hannah Bigos (seven goals allowed), Fairfax and Liv Thier and the Bears have rolled through most of the league and taken on the challenge of new member Watertown.

A long-time member of the South West Conference (SWC), the Indians soon to be Warriors, have added some muscle to the BL and tested the Bears while providing preparation for the state tournament. Thomaston won the first go-around, 1-0, prior to Monday night’s tie.

Unable to play outside competition a year ago due to Covid-19 the Bears have shown their mettle with a rugged 0-0 tie against Class L Amity and battled Class M power Pomperaug throughout, dropping a 2-0 decision.

With two regular season games remaining and the Class S state tournament complete with a loaded field that includes perennial powers North Branford and Granby along with undefeated Valley Regional and powerful Stonington much awaits on the horizon for the Bears. Much of the story waits to be written.