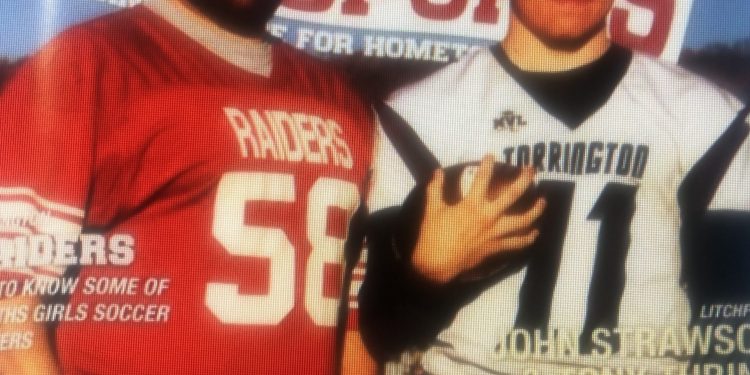 TORRINGTON: They say a measure of a man is what he leaves behind when he is gone.

In the case of Ora Curry III, the measuring stick could circle the universe with room to spare.

We lost this young man far too early to the beast that is Colon cancer and while he fought like the champion he was, the big guy upstairs must have needed a great defensive or offensive line coach who, while on earth. helped shape the lives of so many while he was here with us.

You could feel it when you were around him.

His children, Ora Curry IV and his daughter Daley were his world, everything about them made him smile.

There was no mountain high enough for this man if his children were in need.

Most importantly, he just loved being around them.

While I don’t remember the first time I met him, he was one of those guys with a hearty smile and firm handshake who was either in the stands at a football game or on the sidelines cheering his alma mater on.

He and Ora IV graced the cover of the third Litchfield County Sports Magazine back in November of 2017 in one of the best covers we ever had.

The pride was beaming from both men that day and every day they had the Raiders colors on.

The story of this young man will be told in the next edition of the LCS magazine, due out late February/early March.

It will be written by those who knew him best so that his children have a lasting memento of who their father was, from others who cherished him as well.

I invite those who knew Ora Curry III to get in touch with me at tgaffney@marketedgewriters.com to find out how to contribute.

So, as the tears fall, and let them. Remember how Ora Curry III made you feel when you were around him.

May that give us all a little peace.

Rest in happiness my friend.

As my friend Joe Friscia said to me on a regular basis before we lost him, “Love ya brother”