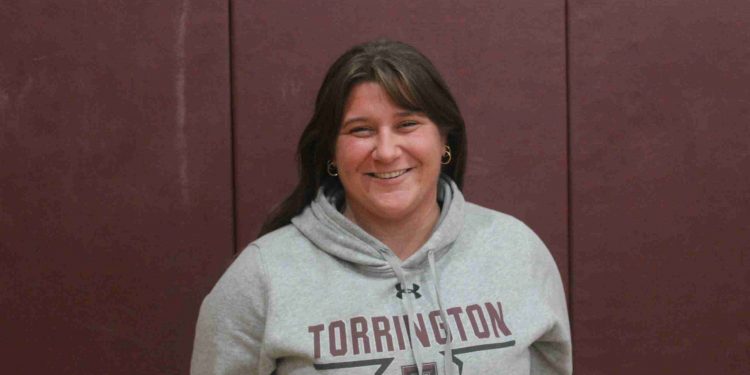 Being used to success as an athlete, Sarah Arburr got a bit of a shock when she joined the coaching ranks as a young woman fresh out of high school.

“My first full season coaching we went 0-30. It was a rude awakening for a kid whose Little League team won back to back city series titles, whose high school team finished second in a state championship game and whose college team won numerous Little East Conference titles.”

Arburr was a catcher for the Bristol Eastern High school softball team and also played for the CT Titans. She continued her softball career at Eastern Connecticut State University for a year and a half. After the passing of her parents, she made a tough decision to leave school and begin working while taking classes at a local community college.

Arburr didn’t let that auspices start to her coaching career stop her.

“I have always been an extremely competitive person and when you’re a young player it’s easy to see success only as who gets the `W’ in the scorebook. Coaching gave me a new perspective on the word success. That first year we somehow played one particular team every weekend that always beat us by at least ten runs–we never once put up a run against them.”

Wouldn’t you know it, Arburr’s team drew that same team they had played  the previous year in its first tournament of the year. “In that game we scored one run. We still lost by over 10 runs, but we put up one run which was something we had never done before. You would have thought we had just won the World Series based on how we celebrated.” It wasn’t much but it was something to build upon, she believed.

Arburr’s team stayed together with the same core of girls from age 11 to 18. “As time went on we won numerous tournaments and we attended the USSSA Nationals is Salisbury, Maryland where the girls placed 9th out of 65 teams. Eventually we ended up having a `successful’ record but over the years we had much success in growing as athletes and, most importantly, as people.”

Those formative years along the sidelines have served Arburr well. She is now the head volleyball and softball coach at Torrington High School where she continues to grow as a person and mentor of young women.

“Starting coaching at the age of 19, while my friends were going on fishing trips, attending concerts, taking vacations, I was home making practice plans and lineups. In the moment there was a part of me that wanted to walk away and share those experiences with them. But looking back, I wouldn’t have done anything differently. Being able to share a game you love and are passionate about while also playing an important role in a player’s life is indescribable.”

Oddly, coaching was something Arburr never considered getting into. “For me, it began when I was a broke college kid looking to make some extra cash to pay for books, and a teammate inquired about helping coach in a start up softball organization. That was 10 years ago. Since that time I’ve been a volunteer coach in the Connecticut Titans Softball organization which is the same organization that I grew up playing for.”

Coaching took a bit of a back seat for Arburr when she started a full-time career in the insurance industry. However in 2020, a few of her travel players at Torrington High School shared that they had a position open for a softball coach and they thought it would be a great fit for her.

“I was extremely hesitant at first due to the fact that I had a career that required much attention and I wasn’t sure that I would be able to put in the time and effort necessary. However, the girls were pretty persuasive and convinced me to take the leap. We unfortunately lost our season that year due to COVID but we were able to get back together this past spring.”

The most enjoyable aspect of coaching for Arburr “is watching players grow both on and off the field/court and the bond you build with your athletes and their families.” The most challenging? “Teenagers–need I say more? Jokes aside, I’d have to say it’s not the skills of the game that’s most challenging but the other things that go along with it that prepare the players for the real world, like working as a team, perseverance, how to carry themselves, the list goes on.”

The landscape of youth sports has changed since Arburr began coaching. “I’ve seen the numbers of kids dedicated to the game and willing to put in extra work outside of scheduled team events dwindle. I’ve seen less and less kids want to compete for a starting spot and just accept their role for what it is.”

But Arburr remains as committed as ever to her career path.

“Life is always changing but the one thing that has been constant in mine is sports. I started out as a spectator, watching my older brother play and as soon as I was able to I got involved. Softball and baseball were always at the forefront. I grew up at the ball field. My father was a president for many years at a local Little League and it’s where we spent all of our family time. Over the years, I’ve played softball at various levels, basketball, volleyball, and participated in indoor track throwing shot put. Sports taught me the importance of hard work, dedication, perseverance and has helped me navigate some of life’s biggest curveballs.”

She talked about her current THS volleyball team and trying her hand at coaching a new sport. Her 2021 THS softball team finished 11-9 during the regular season with four of its losses coming by a combined 11 runs. The team qualified for the CIAC state tournament where it lost to Killingly, 2-0, in a first round game.

“Volleyball has been an entirely new coaching adventure for me. Prior to the start of our season, the last time I touched a volleyball aside from the occasional backyard barbecue, was my freshman year of high school. I’ve quickly learned that coaching volleyball and softball are much different. I really love the intensity of the game and how quickly a game can turn.”

Arburr had “zero expectations” coming into the 2021 season as she had never coached the sport nor did she have any deep knowledge of the Torrington High School volleyball program. She joked in the beginning, saying her goal was to win one set this season. But, two months into the season her goals for the team evolved tremendously.

“Every day the girls continue to raise the bar higher and higher. We were able to win our first game, win a set against an unbeaten Seymour team, and qualified for the state tournament for the first time in some years; none of our seniors had ever qualified for the state tournament in volleyball. The girls continue to impress us daily with their passion and drive to compete.”

Arburr is still living in Bristol but may make a change. “I was born and raised in Bristol but there have been times where I’ve said I’m ready to pick up and leave town. But Bristol just feels like home. Lately with the amount of time I spend in Torrington it might be time to make the jump.”

The THS volleyball and softball teams are sure glad the Bristol native has found a home at Torrington High School.