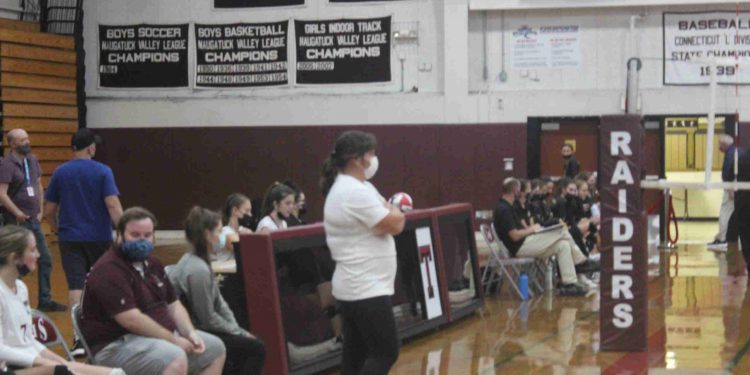 Who are your captains?

I’ve never been a coach that names specific captains as I feel that at times it limits leadership potential from others. Our coaching staff has been pushing each one of our players to lead and they’ve rose to the challenge. We have freshman, sophomores, juniors, and seniors that have done an excellent job elevating the team, taking ownership, and holding their teammates accountable.

Talk about the key players so far this year.

I often joke with the team saying I wish this were softball and I could throw nine starters on the field. The players have really made our job as coaches difficult but in a good way. The skill sets of our players allow us to make substitutions often and without missing a beat. Marissa Burger, Alyssa Sabia, Sofia Calabrese, Amelia Boulli, Sydney Azeez, Ashley Valdez, Shanley Richardson, and Vidhi Patel have all been key contributors so far this season.

Talk about some key games so far, like the one against Seymour where you took them to four games.

Before seeing Seymour, I don’t think we understood the caliber of team we have. Seymour always has a strong team, regardless of the sport. It’s easy for the name Seymour to intimidate you before even stepping on the field or court just based on their history. Heading into the game, nobody expected a win. While we didn’t take the win that day, we were able to be the first team all season to beat them in a set. The team executed on every aspect of the game- movement, communication, making the right decisions in situations, and got some momentum changing blocks against their top hitter. That was our turning point. We were able to see our full potential and have continued to work on replicating that and sustaining it.

How has the team grown since the start of school?

At the beginning of the season, we struggled with communication and movement on the court. We’ve been working hard on building those skills as they’re big differentials in what makes a good team great. In addition, we were very scared to make mistakes attacking at the net and utilized a lot of free balls just to keep the ball in play. Over the last few weeks, we’ve been working with the team on creating situations to attack, push, or tip to break the rhythm of the other team and stay in control of the game.

You have some multisport athletes. Does that help you because you know them?

I am extremely lucky to have players on the volleyball team that have not only played softball for me at Torrington but also in the travel softball arena. An important part of coaching is building a culture which has its challenges when you’re stepping into a new team. I’ve relied heavily on Marissa Burger, Shanley Richardson, Amelia Boulli, Lilah Boulli, and Ruby Leonard to help build that culture as they already have a deep understanding on my coaching style and expectations. I owe a lot of our early success stories to them as they’ve been quintessential in driving key behaviors.

What are your expectations for the remainder of ’21?

As far as expectations go, over the next few weeks we will continue to work on creating situations, staying in control of the game, and creating our own energy and sustaining it for the full game. We have a tough schedule the second half of the season and I expect the kids to compete in each and every game. We get to see some teams we lost to in the first half later this month and I think with the progress we’ve made we will be able to change the story this time around.