Patrick Tiscia has been a member of the media since 2002 when he began his career as a Sports Intern for FOX 61 in Hartford. Following his internship, he went to work as a sports writer at the Republican-American until May of 2003.For the next four years he worked at the Register Citizen in Torrington where he covered Torrington High School athletics, the Torrington Twisters of the New England Collegiate Baseball League, Lime Rock Park racing and all sports throughout the Northwest Corner. He also wrote a weekly Sunday column that touched on National, local and fantasy sports.

His work has also been featured in other publications such as Diehard Magazine, the New Haven Register, the Bristol Press, the Connecticut Post and the New Britain Herald.

Patrick has been on the Litchfield County Sports team since its inception in 2009, covering all sports and contributing as a writer to go along with television and radio roles, too. Since 2013, he has covered the University of Connecticut men’s basketball team. From 2013-2017, he also contributed to the site’s UConn football coverage.

Visit Our Archive Site for Stories Prior to 2020

HARTFORD – Dan Hurley knew that sound before. It was a roar the UConn fan base usually reserves for the program’s royalty. During Monday’s season-opener, 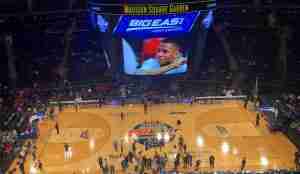 UConn knocked out of Big East Tourney by Nova

NEW YORK – It was fitting the third round of UConn-Villanova would come down to the last second. When the Huskies look back at the 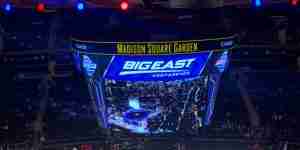 NEW YORK – Teams always give the politically correct answer on how they never look past any opponent, but everyone knows the truth in this

UConn shocks Villanova in a wild night at XL

HARTFORD – The night started with mayhem. It ended in shocking fashion with fans storming the court and beer and popcorn being thrown in the

STORRS – It was hardly a weekend to remember for Adama Sanogo. The UConn sophomore, who is in the running for the Big East Player

NEW YORK – Tyrese Martin had enough. Following a frustrating loss at Xavier less than 48 hours earlier, the UConn senior was reliving the angst