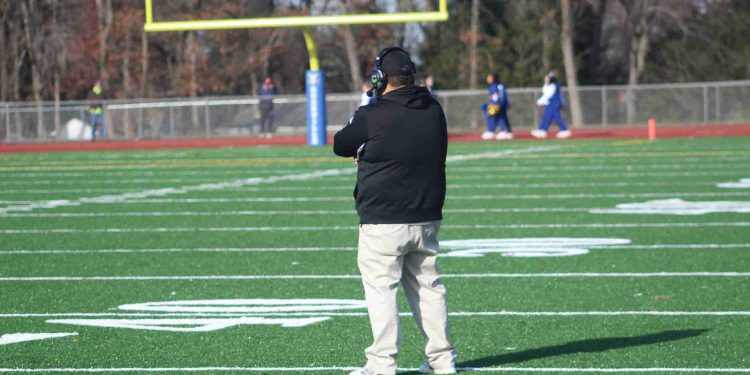 Endings hurt, in more ways than one

ROCKVILLE – It wasn’t about the loss. It was all about the ending.

Okay, the loss was a big boot in the gut. I mean, being on the short end of a 42-12 score was every bit as disheartening as the margin indicates.  The idea that Torrington just flat out got beat by a better Rockville team in the Class M semifinals was hardly healing logic in the immediacy of the moment.

But the pain was really the realization that it was over.  No tomorrow, no next game, no more practices. Nobody ever avoids the last day of the season. Whether it ends with a loss or a win, it ends. Sure everybody wants to go out on top, clutching that state title plaque. At least that way you make sure the smile mingles with tears.

Endings are hard to prepare for and inevitable. The sting is magnified when they bring with it the end of something special. And so it was Torrington Sunday afternoon on the sun-drenched summer green turf at Rockville High.

This has been a pretty cool season for Torrington.  An infrequent win over NVL champ Naugatuck. A thrashing of arch-rival Watertown, and losses only to state playoff teams Holy Cross, Ansonia and Seymour.  Throw in a first ever state playoff win that earned a spot in the semifinals and a chance to get to a state title game and you bypassed just another season a long time, putting this season in the memory book permanently.

You don’t want those seasons to end. No matter how good, you want one more game, one more time. So win or lose this was going to be tough for coach Gaitan Rodriguez and it was.

Rodriguez spent a good solid minute in embrace with senior Devin Moarales at the 30-yard line when it was over, the Rockville celebration on the other side of the field and Torrington’s numbness behind him another world for moment.

In the team circle afterwards, blank tear-stained faces in solid numbers indicated the struggle of the time. Rodriguez was no different. He talked little of the game and what was there to say.

Rockville scored every time in had the ball in the first three and a half quarters. Their running backs with rugged Travon Edmondson, a bulldozer with arms and legs, pounding away for four touchdowns and a sleek freshman Amir Knighlon bouncing off tacklers like a pinball machine while chewing up yardage.

Torrington scored on its first possession with a drive that old `three yards and a cloud of dust’ coaches would have loved.  Fifteen plays, 8:31 off the clock with Sean Clinkscales going in from six yards out.  The Raiders would score once more with Clinkscales scampering 64 yards around right end when the game was long over in the fourth quarter. All the rest belonged to Rockville.

There were no what-ifs to ponder. Rockville ruled. But Rodriguez was more concerned with the fact that it was over. Not how it ended, that was secondary. His was about a marvelous run that he and his team would and should covet.

He struggled with it all. There were long pauses to get it out and his eyes glistened. His sentiments were clearer that the water of a crisp, cool clear lake.

“I’m not emotional because we lost, I think you guys know what’s important to me,” he said. “You kept your heads up and played with honor. I’m here for you guys for life. “

He talked about the brotherhood that had been created and the memory shared.

Endings come to all. It is never easy, some harder than others.  That’s why the journey is so important. You make the most of it.  It was a tough time for Torrington Sunday but only because it’s been such a good time along the way.