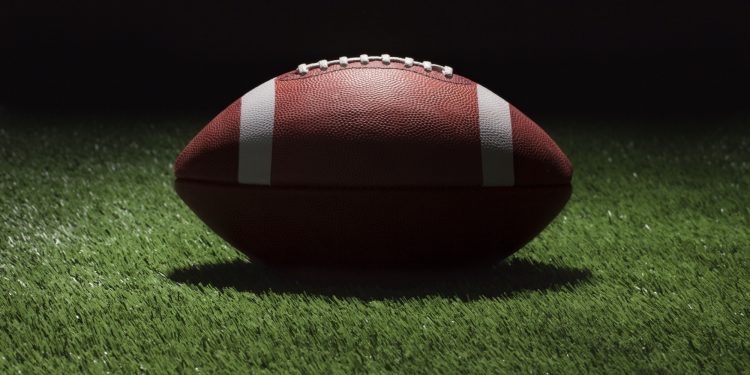 A win always feels good. But sometimes it can add a whole new dimension of enjoyment to your life.

Garzone became the state’s first female head coach of a football team in 2019 when she was named to lead the Wolcott Tech/Housatonic/Wamogo squad, known as MCW United, in 2019. After an inactive 2020 season, the team lost Housatonic, added Nonnewaug and returned as WNW United.

“It felt surreal,” said Garzone, who also coaches the Wolcott Tech softball and girls basketball teams. “To get the first win in the first game of the season just builds positive momentum for the program but also rewarding as our Tri-Op has faced many adversities this season already. It was my birthday as well, so it was a fantastic birthday present.”

Garzone said before the game with Platt Tech that her players were “very optimistic, excited and of course nervous”. She explained, “All but one had never played a snap of varsity high school football until that night. After the game, it was elation and pride.”

Jason Mauro scored the first touchdown of the game on a 21-yard pass from quarterback Ben Conti and the two then hooked up on a two-point conversion pass. Northwest United led 14-0 at the half but Plat Tech scored the game’s next 14 points to tie the contest up.

But the Northwest United defense stiffened after that and shut Platt Tech down while the Wildcats tacked on two more scores for the final margin of victory. Rich Lionhood and Colby Leonard both had interceptions for Northwest United, R. J. Barksdale had a fumble recovery and Tyler Baillargeon had a key sack in the second half that forced a punt from Platt Tech.

Garzone believes the first win is a boon for the program. “This win has proven to the players that even with the challenges and mistakes made in a game, attitude and effort can overcome those setbacks. The positivity will carry us into the rest of the season with setting higher expectations as well as improving our skills and techniques.”

Blending players into a cohesive unit is not always an easy task. Garzone said, “Many of the players first met each other back in June when we started summer conditioning and lifting sessions. That helped unify the team more than anything.”

She said a challenge that is not atypical of Tri-Op programs is the transportation factor to and from practices and games and also “independent legalities” that must be followed for each school. “We have players who come from all over the Northwest Corner, some 45 minutes to an hour away to practice and play.”

But the team has jelled nicely, said the coach, a former star athlete at Waterbury’s Sacred Heart High School and Post University. “Things have really come together over the past two weeks once we were able to get a joint practice and scrimmage for some real game experience.”

Garzone believes prior to the start of the regular season that her team had a chance to be good. “I always try to have a positive outlook for no matter what team or season. If I, as the coach, do not have positive expectations then neither will my staff or program. Having a core group of players who are committed and possess a decent football IQ has made a huge difference.”

Garzone said after not playing in 2020, being back on the field is “amazing”. She added, “It’s a return to some form of normalcy. Having student-athletes in school and involved in extracurricular activities is such a vital component in the development of our future members of society. It is more than the wins and losses. It’s about life lessons, developing character and skills that will be with them long after the final whistle blows.”

Garzone gave her take on several of the team’s top players:

Ben Conti, senior quarterback/safety. “Ben has stepped up as an offensive leader on the field the past two to three weeks. He is a mobile quarterback in and out of the pocket, and has been making good decisions under pressure and managing time between downs.”

Jacob Marques, senior running back/linebacker/safety. “Jacob is a hard worker and has high expectations for his teammates and himself. He’s a true team player in helping develop our younger players. He’s a force to be reckoned with when rushing the football and has a great mind for the game.”

Jason Mauro, senior wide receiver/linebacker. “Jason never missed a conditioning or lifting session during the off season. He has a great football IQ, and plays with high energy and focus. He’s athletic on offense and physical on defense.”

Kevin Llenga, senior wide receiver/defensive back/kicker/punter. “Kevin has been a huge factor in our team’s success in gaining great field position on offense and defense. He’s a well-rounded athlete.”

Ricky Lionhood, senior running back/quarterback/linebacker. “Ricky is the leader of our defense, has excellent poise and composure, plays smart and is very versatile.”

Charlie Rickenbach, senior offensive and defensive lineman. “Charlie is one of the hardest working players I have ever coached. He is usually the first player working out before practice and the last to leave. He’s a true leader for our young linemen and a positive role model.”

Northwest United’s next opponent, Cheney Tech on Friday night at 6 p.m. at Nonnewaug High School, won’t be an easy touch, having opened its season with a 40-8 whipping of Bullard Havens-Kolbe Cathedral. But for one game, Jen Garzone and her Northwest United football team has a right to be sky high and full of optimism as it tackles its next hurdle.