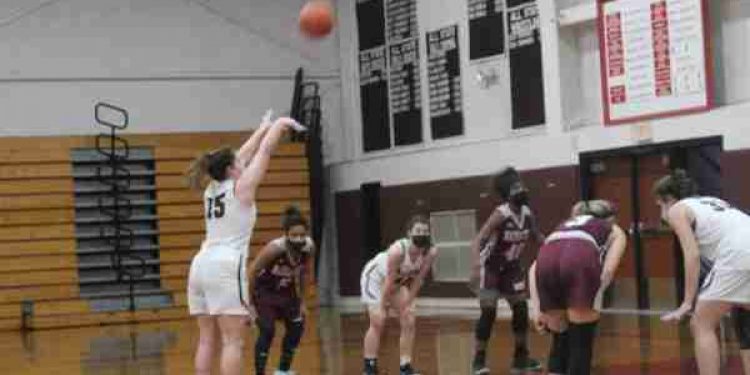 So, if Saturday was their last home game this strange year, they ended it on a high note with a lot to look forward to come next season.

One would hope next season would include fans in the stands, players without masks, perhaps all of us without masks and just a return to something that resembles normal.

Their Saturday afternoon game against the rival Greyhounds what’s played without fans in the stands in a move of good sportsmanship by the Raiders.

All season Torrington has had a policy that only allowed home fans in the gym. Not wanting to put the visitors at an even greater disadvantage than just playing on the road, Torrington decided not to have any fans on hand.

Kudos to the Raiders for a class move.

The home team pitched a shutout in the first quarter ending the first 8 minutes of 12-0.

Sophomore Leah Pergola let her team with 15 points on the game, five in that first quarter and will lead a young group coming back next season.

Pergola is part of a group of players who have been together for many, many seasons and it’s starting to show on the hardwood.

Fellow tenth graders Amelia Boulli, Brianna Murelli and Julianna Latino will be led by Marissa Burger, who will enter her senior year come September and her younger sister Haley Burger who made an impact as a freshman this year.