No gym, no game, no fun - A season lost for a couple of lifelong fans

Bears back on top

A lot is being made about why coach Randy Edsall didn't tell his players about his departure from UConn, following the team's 48-20 loss to Oklahoma in the Fiesta Bowl on New Year's day. I'm willing to give him the benefit of the doubt.

If we are to believe the timetable, Edsall had not told his bosses yet about his new job, so how could he inform his players he was heading to Maryland? It was not until 2AM Sunday that Edsall told school officials he would not be returning on the team's charter to Connecticut that day. Under the best of circumstances, a departure for a new job in any field can be a sticky proposition. When it comes to the high profile world of Division I-A college coaches, the landscape can become even messier. Besides, if anyone believed UConn was Edsall's last job, they didn't understand the culture of big time college football.

Most coaches get only one shot at cashing in on that big pay day. You can make the case Edsall had done all he could to elevate the program at Connecticut. In 12 years, he brought UConn up from Division I-AA to Division I-A much faster than most people anticipated. He won a share of two Big East titles, beat Notre Dame, went to five bowl games, including the BCS Fiesta Bowl and won three of those games. Plus, he guided the program through the killing of player Jaspar Howard, an incident which no coaching manual covers.

It became obvious, when Edsall's name emerged as a leading contender to coach Miami, that he was looking for greener pastures. If it wasn't Miami, it was going to be some other school. (I had speculated on Saturday, to friends that Pittsburgh might have made a pitch for him.)

Had Edsall, 52, stayed at Connecticut next season and the team struggled, his coaching luster would have dimmed and the offers might not have come his way. That is why Edsall is the coach at Maryland today and UConn is now seeking to fill a job vacancy. Edsall's departure, as painful as it might come to some, reminds us all that big time college football is big time business for the universities, which choose to join the dance, no matter how dicey a coach chooses to deliver his good byes. 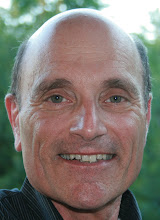