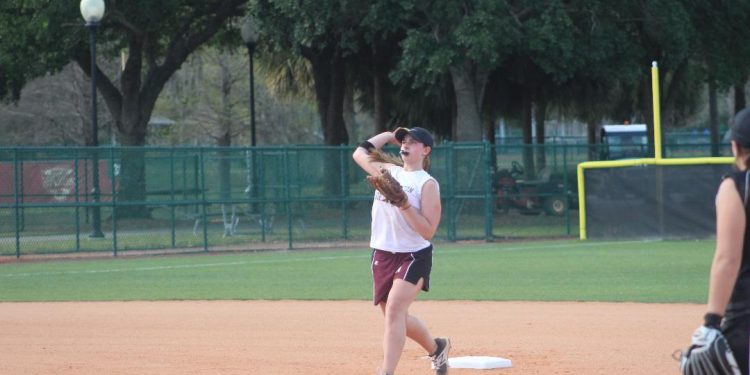 The 2017 Torrington softball team will forever hold a special place in my heart, not just for what they accomplished on the field, but off it as well.

On the field, the marched their way all the way from a snowy opener in Seymour, through a sun-drenched visit to the land of Mickey to a state championship finals appearance.

Off the field, they helped a rising softball standout feel at home with the varsity, something that resonates with her to this day.

Heading into the 2017 campaign, expectations were high for a team that had been together since they started to swing bats and play catch in the youth leagues in Torrington and travel teams around the state.

They had steadily made the progression up the ladder in the State tournaments the two previous years with a quarterfinal appearance in 2015 which was followed by a semi-final berth in 2016.

The season opened with that above mentioned freezing cold, snow flurry game against rival Seymour, the day before getting on a plane for a once in a lifetime trip to Orlando, Florida, and games at the Wide World of Sports complex.

I had decided to follow the team on their unique journey, escaping the New England cold for a week while getting to know what this group was capable of.

So, the morning after the cold opener, I loaded up our crew, my wife Deb and granddaughter Skyy Elizabeth for the trip south.

It was a trip none of us will soon forget and it was the start of a remarkable season that included big time pitching from Ali DuBois, clutch hitting from Carissa Carbone, Alexis Tyrrell, Mariah Herzog, Amanda Thiel and Lauren Jamieson.

Everyone in that dugout that year had their moments. It was truly a team effort with enough thrills to go around.

The Raiders would post a 17-3 regular season, winning their last 13 in a row.

In the Class L states, they would beat Rockville (one of the teams they played and beat in Florida) by a 4-1 final before shutting out North Haven 2-0 and knocking off top seeded Pomperaug by a 5-1 final.

The dream might have ended one win short but considering the run they went on and more importantly, where these young ladies are today, champions were indeed created that year.

I asked their head coach that year, Maryann Musselman to start off this look back with her thoughts, followed by an update on where they are today.

WOW-what an amazing group of young women!!!!  They will all contribute to change this world for the better.

They also loved being around each other.  They had fun being goofy at practice-sometimes.  We spent so much time together, but I don’t remember it being hard for them.  They really liked and respected each other.

It was weird that they were really all leaders.  Having such competitive kids, I expected some friction between them to be the leader of the pack.  However, what I saw was trust and respect.  They each led in some capacity, but when they needed to step back, they did.  They never retreated to the back round-ever.  They all had opinions, but it seemed they were all heard, and their thoughts were acknowledged.  Now I’m sure there were bumps that I did not see.   When a team spends so many hours together, sometimes we get on each other’s nerves.  However, I did not see the effects of that on the field.

They were also all athletes.  Most of the girls were softball players in and off season.  Some were not necessarily softball players, but they were able to do what they needed to do because they were athletic.  They understood their role, their ability and were very coachable.

Some were just tenacious.  They stole bases, they threw out opponents, they blocked a base from an opponent, they played with so much fierceness- it was frightening and awesome to watch.

Another very important part of this 2017 softball team was the families of the players.  The kids had families that sacrificed much for their kids to play ball.  They carted them around, they spent hours at the fields, they paid big bucks for stuff the kids needed.    Again, the families loved the game.  They loved being around each other.  They had as much fun attending games as their kids had while playing softball.

It was a once in a lifetime experience to be around a group of athletes that are so smart, so athletic, and such good people.  It’s an experience that while you’re in it, it seems normal.  However, when we look back, we realize it was so incredible and unique.  I can’t wait to see what careers they get into and how they impact the community that they settle in.  I bet some might even come back to T-Town and make a wonderful life here.  That would be awesome if they settled close enough to town to be our Teachers, Doctors, Community Leaders, and raise their families here.  Hey, maybe one will take over the program someday and continue their legacy right here in Torrington.  What a bright future they have, and we have because they have such strong roots from our hometown.

Going to be a graduate student at Boston University

Finished my undergrad with a degree in Biomedical Engineering with a concentration in technology innovation and I will be getting my masters in Robotics next year.

I will be playing softball next year at Boston University

Since that season/ graduating, I’ve been studying at Monmouth University, where I’ll be receiving my bachelors in Homeland Security.

I am graduating a year early!

I’m also enrolled in the master’s program that I will start once I graduate where I will receive an MA in intelligence analysis.

Unfortunately, I was diagnosed with Bertolotti’s Syndrome, which will require back surgery.

I’m just going to keep on pushing though!

I currently catch for a women’s fast pitch team until I receive surgery.

My favorite memories from the 2017 season was making history at THS!!

University of Saint Joseph. Class of 2021

Major – Mathematics with a certificate in Secondary Education.

Things have been amazing. It feels weird to not have softball on my plate anymore, but I’m excited for this next chapter.

I plan on applying to High Schools to be a math teacher for next year.

Making history and making it so far in the tournament for the first time in THS history with all the girls I grew up playing with.

Physical Education & Heath, going to get my master’s in special education.

Career- Three Time All Conference, All Region, played all three years in right field while mostly batting second. Have a career .368 batting average. Got to the 100-hit club early in my third season. Was a part of the third-place finish at the World Series in 2019. We were ranked fourth this year in Division III.

I will be returning for my fifth year while graduating with my bachelors in the fall and then starting my master’s in special education in the spring of 2022.

I have the most fun I ever have playing with this team (Eastern). They are all like my best friends. We all genuinely want to be there, and all have the biggest desire to win the World Series next year. We have the best coaching staff who care so much about us on and off the field. The coaches push me so hard because they believe in the player, I am which is nice. I couldn’t have asked for a better team to be on and wouldn’t change it for the world.

I loved that team (Torrington) as well. Everybody was fun and we all loved our coaches and we’re all close. I still talk to many of my teammates. We came up short on our state championship goal but worked hard to get where we got. Definitely was a determined team to reach set goals.

How was your college experience?

College was such a transformative time for me and I’m so grateful for the past four years. I certainly learned an abundance both academically and personally and I wouldn’t change it for the world. I recently accepted a Registered Nurse position at Connecticut Children’s Medical Center in their NICU.

What do you remember most about that ’17 season?

What I remember most about the season of our senior year were the bonds and memories made both with my teammates and our exceptional coaches. It meant a lot to me to wrap up a sport that impacted my life since I was a little girl with some of my closest friends and biggest supporters.

Graduated from Quinnipiac University in May 2021

My major was Health sciences and a psychology minor.

Things are going good, very busy. I started a full-time job in May as an environmental health and safety specialist for a company called AIT and we contract at Pratt & Whitney. So, in terms of plans for next year, hopefully some time off and a raise!

I remember most of how close we were. The team really was like a family, and I genuinely enjoyed the time spent. We had some great memories, and we were all ready to make it the best season we

Graduated from the University of Rhode Island in 2021

Earned a Degree in Public Relations

What’s been happening since your days at THS?

Things have been going well and I recently kicked off my public relations career in my new role as an account executive at Big Voice Communications.

What I remember and cherish the most is that we were the first THS softball team to make it to the state championship and I got to experience that with friends and coaches who were and still are like family.

My major is Business Administration.

Things have been going great so far. I’m working on myself and figuring out the best path for my future! I’m excited to see where I end up next year career wise. What’s on deck for me next year is to keep working hard at my job and saving money! Visit my family who have recently moved to Texas so my brother could further pursue his football career.

I remember everything about the ‘17 team. We all still talk and catch up and are all great friends, we have been since we were kids playing slow pitch. My favorite memory is still Disney World and the great memories we made and having a great time with my friends and family.

I am finished with school.

Currently working as a Dental assisting at Canton Valley Dental

I am Applying for hygiene school.

The one thing I remember the most is the camaraderie between us and how much fun we had playing together.