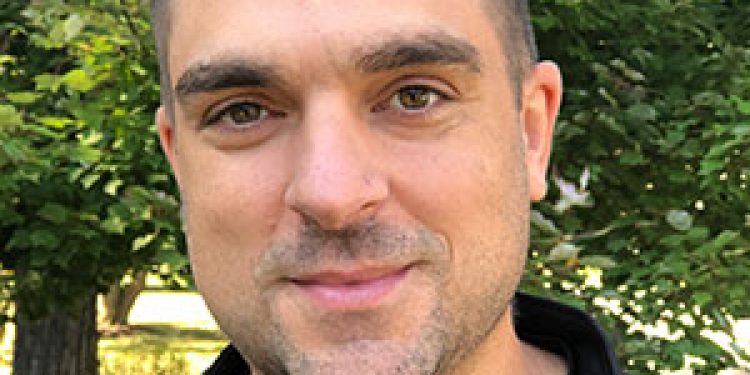 A person running on the sidelines, with their feet secure in a pair of cleats, is hardly an uncommon sight during the high school football season.

When that person is not a player, or even a coach, it does, though, stand out. And stand out is what Mark Jaffee, a sportswriter in Connecticut known for lacing up the cleats over the past 30 years, has done.

Jaffee, who has written for the Republican-American since 1996 and has been a state staple since 1981, was recently inducted into the media wing of the Connecticut High School Coaches Association Hall of Fame.

On occasion, Jaffee has been given the business by his fellow writers for sporting the cleats and over time, wearing them has become somewhat of a local phenomenon. But his use for them is hardly a fashion statement and the story on how it started is not an extravagant one.

“It’s a simple story,” Jaffee says. “I started out wearing my regular shoes to cover games and one day, the shoelaces on them broke. When I went to my trunk, I only had a pair of cleats in it. I wore them, they felt comfortable – they were the old Pony brand – and said to myself I would never wear regular shoes to cover a game again.”

“It’s different and I realize it makes me unique,” he continued. “I was covering a game once and John Holt of Channel 3 came up to me after he saw me running on the sidelines and said he loved my passion. That is what I bring to the table. But as far as the cleats being a phenomenon, that is nothing but a fluke.”

Covering high school football is hardly a walk in the park. There are no statisticians handing out detailed numbers and every press box has it own quirks from bad sight lines to dirty windows to lack of space. Jaffee chooses the field route, covering the game right on the sideline no matter what obstacle the weather, or even the players, may bring.

“I get asked a lot why I don’t sit in the press box and it’s because I like to be right on top of the action,” Jaffee said. “Wearing the cleats allows me to do that. I’m used to mud, I’ve gotten blood on me and been ran over. Anything that can possibly happen to me has already happened. There are no surprises left.”

It’s those small details he picks up on that enhance his game-story or maybe a potential one down the road.

“I’m always looking for any type of input and being on the sidelines helps you. Little things, such as learning football terminology or hearing a conversation between a coach and player, helps a lot. I would never print such a conversation, but as a writer it helps give me a better understanding of what may be going on.”

Getting to the point of becoming a writer is just as, if not more, remarkable than Jaffee’s career itself. Born with a mild case of cerebral palsy to his right arm, hand, fingers and right leg, Jaffee can only type with his left hand and his right index finger. It wasn’t until he was five years old that a potential issue was noticed.

“When I was five years old, I was running around the house and my grandfather grabbed me by the arm to slow me down,” Jaffee said. “He noticed something was wrong and immediately yelled to my father that there was a problem. For the next 12 or 13 years, we were unable to get a diagnosis and it really affected me. I was turned down by colleges, had trouble typing and was told I was not able to cut it, by high school teachers and college professors included.”

Despite those hurdles, Jaffee refused to give in.

“I was determined and when I was 13, I started writing for a weekly newspaper in New York. My brother Larry encouraged me to write everyday, telling me to just do it. In fact, he should get royalties from Nike.”

“It was hard to type, especially on the old manual typewriters, but I knew how to write and I knew I had the knowledge and that got me through it.”

His persistence paid off while he was attending college at the University of Bridgeport in 1981. Fighting for a coveted internship at the New Haven Journal-Courier, the odds were not exactly on Jaffee’s side. But that didn’t stop him.

“I applied for an internship at the New Haven Journal-Courier and the News Editor, Bob Granger, told me I was the least qualified of the 12 applicants going after three positions,” Jaffee said. “He gave instructions for everyone to call him on a Monday at 5:30 p.m. Over the next four weeks, we received those same instructions and when I called him on the fourth week, he said I was hired and told me to show up in two weeks. He said, and I’ll never forget this, that you can teach anyone anything except attitude. I was the only one who called every week and it was a great lesson on how important it is to have passion.”

Relentless passion, along with his journey, inspire the stories Jaffee produces today.

“I generally don’t go by statistics. I like writing about the kid who made a nice block, the sub that played well off the bench and the kids who had to overcome a lot,” Jaffee said. “When I write about people’s private, personal issues, I say to them, ‘You have no reason to trust, but please do it anyway.’ Fortunately, people have trusted me because I explain my personal trials, and once we get a connection and understanding, the story is made easier to put together.”

Along with the Republican-American, Jaffee has wrote for the Meriden Record-Journal and the Middletown Press. In Waterbury, he is best known for his football coverage, especially for the popular “Jaffee Poll” back in the late 90s and early 2000s, the Thanksgiving football insert he tirelessly works on each year and now a starring role on a video podcast, which was once even promoted on a highway billboard with his face overlooking the city.

Whenever another writer, coach, fan or parent is looking for information, whether it’s a statistic or what an old player is doing today, Jaffee is always amongst the first people called. His knowledge and grasp of the area, it can be argued, is without equal.

“What keeps me going is when I see a kid or family I wrote about several years earlier remind me of a story I wrote about them. Or when people at Thanksgiving games come up and say hello, or when I receive letters or phone calls out of the blue. Also to know that people have scrapbooks in their house with my name on it gives me great satisfaction. When I write, I get to know people and they get to know me. That is what this job is all about.”

And his work has now culminated with a Hall of Fame berth.

“I am indebted to the coaching fraternity,” Jaffee said. “They gave me a chance 30 years ago to write about their programs and their players and I’m very thankful. I was a New York kid, adopted Connecticut as my state and they let me in their door, giving me a chance when others didn’t. I’ve always done the best I could and I’m proud that my family name will be connected to this for a long time to come.”