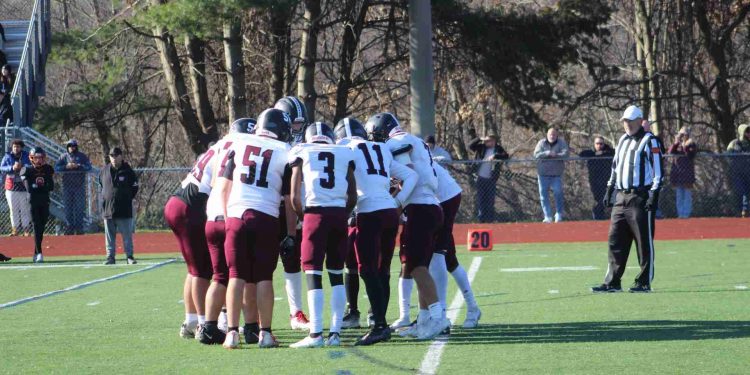 Tough 2022 football campaign come to an end for Torrington How to fix? It all starts with Family

WATERTOWN:  A year removed from a 7-3 record, one that led to a Class M playoff appearance and the teams first post season win in school history, one could have expected the Torrington Raiders football team to experience a drop off.

Especially after graduating a remarkable class that powered them to a magical season.

Torrington was simply not competitive in their past eight contests, being outscored by a 356-58 margin over that stretch.

Now, teams have bad years, especially when the injury bug hits and they are just too young to play at a real high level at this point.

What is not expected though is how the Raiders seemed at times to be deflated at the start.

I had seen it in game three when the now 10-0 Ansonia Chargers came to town on September 23 before a good crowd inside the Robert H Frost Complex.

Before each game, the captains of each team meet at midfield for the coin toss, determining who gets the ball first.

The Raiders won the toss but it’s what happened next that showed me something I don’t normally see.

Instead of the traditional group dynamic pump-up huddle, the team simply walked to the sidelines.

It seemed the Chargers had won the game before it even started and after running out to a 42-0 lead at the half, it started a disturbing trend of second half running clocks with the Raiders on the short end of things.

Football, maybe more than any other sport, is about family, about commitment, about sacrifice and about shared responsibility, win or lose.

You win as a team, you lose as a team.

Perhaps some folks came into this season thinking what the 2021 team did was easy; that they just showed up and won.

Nothing could be farther from the truth.

And most importantly, winning starts with family.

Teams are made up of all kinds of individuals who, if they are to be successful, form an unbreakable bond that takes them through tough times and keeps them level during high times.

There was skill on this team this season and a good deal of it returns for the next campaign.

I have no doubt that the Raider coaches, who truly love these young men as members of their own family, will be as dedicated and determined when the weight room opens.

A 1-9 season can lead to a number of finger pointing moments but that is unwarranted and unwise.

Win as a team; lose as a team.

Each player needs to hold that mirror up close and work on themselves before the urge to blame others for anything.

I think the comeback is going to be fun to watch.

Winning is not easy. Getting caught in habits that cause losing tend to be.

I have faith in you Raiders, you’ve got this.

Remember, family is the key.