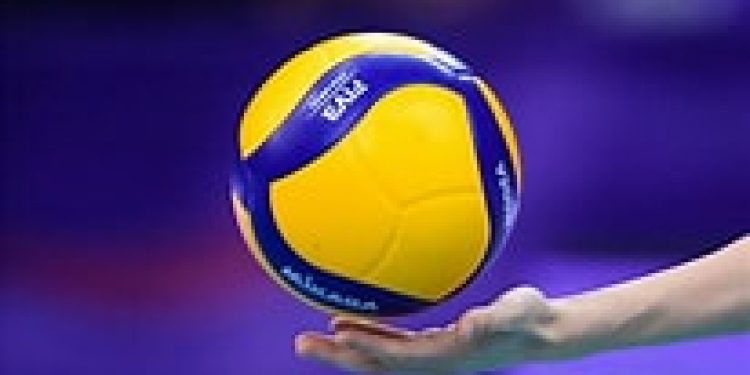 Want to be a Volleyball Ref? Now might be the time!

Want to help high school kids out, have some fun and make a little spare cash? Well, the Connecticut Board of Volleyball Officials can use you.

“I have approximately 30 officials, 10 of whom work every day and another 10 work a couple of days a week,” said area Scheduling Coordinator Candy Perez,    “The rest are new to officiating. This number of officials covers the entire Northwest corner, the Waterbury area, Naugatuck, Seymour, Avon, Simsbury. Granby, New Britain and Bristol.”

On a busy Friday, for instance, Perez said there are over 14 schools in the area needing coverage, which requires 28 officials, or more. “We need people with volleyball experience to come on board. The players are playing year-round, gaining skills and we can barely keep up at times. We need to have people become comfortable for the first two to three years before we can give them challenging matches.”

As to why there is a dearth of volleyball officials, Perez said “I wish we knew the exact answer to this question. Our older members are retiring and moving away. Most of us that are older grew up with the expansion of play and participation in the state. There was not a group behind us to fill in as people retired.”

CBVO President Jimmy Wildman believes there are a number of factors that has led to a lack of volleyball officials. “Time commitments are probably one of the biggest factors. While we don’t have many required meetings or trainings, the time that games are played, with many starting between 3:30 to 5 p.m., are often difficult for those who work a job that doesn’t have much flexibility to leave early.”

Officiating in general has seen a decline in interest in the past few years, so it’s not a volleyball specific issue. But because the CBOV is a relatively small organization, the loss of 10 to 15 officials has a major impact on its ability to ensure that highly qualified officials work every match.

Said Wildman, “Another issue that has been a factor in our lack of officials is that many people don’t ever think about officiating. Because of that we don’t often have folks who wake up one day and say `I want to be an official’. It’s hard to convince people to take on that role when officials are often the last people that are remembered when you think about a sport being played, regardless of what the sport is. But my job is always to be fair and impartial, and if I do that, my presence shouldn’t even be remembered.”

Wildman uttered a demonstrative YES when asked if there is a need for young people to become involved in officiating. “We are certainly in need of younger people getting involved in the game. For those that played the sport in high school or at the collegiate level, officiating is a great way of giving back to the sport once your playing days are done, or potentially even while still playing in adult leagues. Younger officials will, I believe, help to draw attention to officiating again. It’s also a great way of making some extra money. For college students and early career folks, there is a lot of money waiting for you if you have the time and interest.”

Wildman admitted that officiating is not easy. “There is both an art to it and a science. The rules are clear, and an official must know the rules of the game and must know them well. But beyond knowing the rules, there are the nuances that must be understood and applied, which makes the craft a unique blend of being both an art and a science. In addition to a knowledge of the game and the time commitment, which can be three to four hours for a junior varsity/varsity double header, there is also managing the coaches/players/scorers/timers/, and site administration to deal with the fans.”

There is a lot to juggle for an official each time they walk onto the court, so the demands are certainly real, said Wildman. “But so are the rewards. It’s a great way of giving back to the game, staying active within the game, and it provides some nice monetary compensation. If you love the game, it’s really the best way to stay involved. The officiating community is also a tight-knit group, with many opportunities to learn and grow as an official, so many of the skills that are learned as an official are applicable in everyday life.”

On getting younger officials, Perez noted, “There are more young women and men playing volleyball in the state of Connecticut and moving on to playing in college, but that has not translated into increasing the officiating ranks in volleyball, or in many other sports.”

Mark Mosher, a trainer of new officials believes the time that most volleyball matches start during the week and the stress of being an official hold some people back from donning the striped shirt.

“Most volleyball matches start at 4 p.m., and officials have to be at the gym one half hour before the start. Anyone with normal work hours cannot make those times. Coaches and fans often vent at officials, and most people don’t want to face that type of criticism. It’s worse for newer officials because they make more mistakes and are typically not as experienced at controlling a match and dealing with pressure.”

Mosher also wants new blood in officiating. “It’s healthy for any organization to have an influx of young, enthusiastic people. As older, veteran officials retire from the sport, it is incumbent upon younger officials to fill those shoes. We get many retired people becoming referees because they have time to do it, but they don’t have the potential longevity that younger officials have to give to the sport.”

And for those who do want to get involved, Mosher said, “People seem to become volleyball officials for a combination of two reasons. First, they have perhaps played the sport and now want to stay in touch with it by becoming an official. Second, the money is pretty good. A typical JV and varsity volleyball match will pay each official around $145 for between 2 and a half and three and a half hours of work. We have many officials who have transitioned to volleyball from other sports, and the CIAC is looking to encourage more of it. One of the nice things about being a volleyball official is that it is played inside, out of the elements, and involves no running or high level of exertion, which makes it more accommodating to older officials.”

Training to become a volleyball official consists of five evening Zoom meetings of up to two hours, and four one-hour practical on-court officiating sessions. To become certified by the CBVO, a new official must demonstrate reasonable knowledge and application of rules during on-court sessions, and score at least 80 percent on an open book test. Training begins in July and ends in August. The girls high school season starts in early September and runs through October. The state tournament runs through November and ends the weekend before Thanksgiving.

Perez agreed that officiating is a good way to give back to the game. “It’s also a good way to earn some extra money. But more importantly if we do not get more people as officials then high school games will be lacking qualified people. I’m not sure if coaches and players would want to play without an official there but that is what it could come to. Players spend a lot of time improving their skills it would be good to have officials that also have skills.”

Those interested in becoming a volleyball official can visit www.CBVO.org to review an application and for other information about officiating.