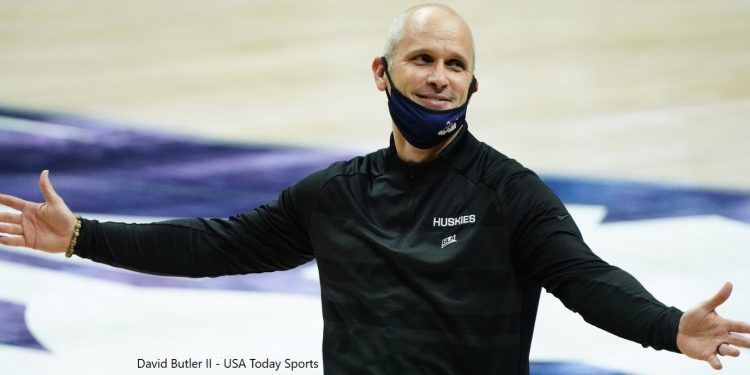 Whaley Will Return To UConn For 2021-22 Season. The UConn Press Release

STORRS, Conn. – UConn men’s basketball senior forward Isaiah Whaley has decided to take advantage of the student-athlete option offered by the NCAA and remain at UConn for the 2021-22 season, his fifth year with the Huskies.

“Isaiah has worked extremely hard to become one of the most productive players in our program,” UConn Coach Dan Hurley said. “His tireless work ethic, his leadership, and his attitude epitomize the type of player we want at UConn. I couldn’t be happier to welcome him back for another season.”

Whaley (Gastonia, N.C.) was the only player to start all 23 games on the UConn schedule this past season, averaging 8.0 points, 6.2 rebounds, and 2.6 blocks with a field goal percentage of .479 in 27.4 minutes per game as the Huskies went 15-8 and appeared in the NCAA Tournament for the first time in five years.

“I am very excited to be able to return to UConn for another season,” said Whaley, who will graduate in May with a degree in Urban and Community Studies. “I think we took a big step forward this year and I want to help the program continue its rise as we go after championships.”

The 6-9 forward, who ranked 14th in the country in blocked shots per game, was named the Defensive Player of the Year in the BIG EAST Conference. He recorded four double-doubles this season, upping his career total to nine, and he was a major reason why UConn led the BIG EAST in both scoring defense (64.6) and blocked shots (5.3), ranking 6th in the country in the latter category.

In his four-year UConn career, Whaley has appeared in 106 games, with 41 starts, scored 463 points, grabbed 382 rebounds, and blocked 141 shots, with a career field goal percentage of .519. He has the longest current streak of games started at UConn with 29.

Due to this COVID-plagued season, the NCAA has offered student-athletes the option of an extra year of eligibility, which will not count toward a team’s scholarship limit.