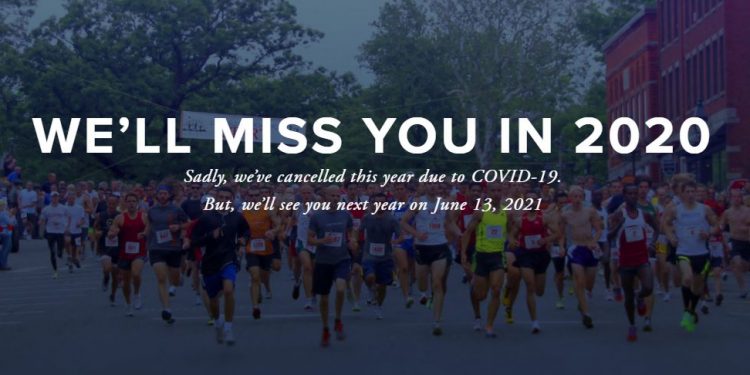 Wilson: An empty feeling with no Litchfield Hills Road Race

My wife is seriously threatening to pitch a tent on the Litchfield Green this morning (Sunday, June 14) and sit there with a cooler with a stop at the Village Restaurant thrown in even if it is just to sit in front. Hey, that’s one of the things you do on Road Race Sunday, right?

I might even call Rick Neller and see if he can round up the press truck and drive around the course. Maybe even a few of the usual stalwarts like Lori Riley of the Hartford Courant, Peter Wallace of the Register Citizen, John McKenna of the Litchfield.bz, Tim Gaffney of Litchfieldcountysports.com  and photographer Jim Shannon can join us for the annual death wish. We might even be able to get Joe Palladino to stop weeding the garden, put down his cigar, hit the pause button on Rigoletto and come out of retirement for one more joy ride.

For the first time in 44 years the second Sunday in June brings with it a special emptiness. the staple of a late spring day in the Northwest Corner and state, the Litchfield Hills Road Race, another victim of the Corona virus.

I’m more than a little lost and saddened. It’s one of those dates like Christmas – you plan around it, you don’t try to fit it in. The second Sunday in June is owned by the LHRR. I expect the green will host some diehards who refuse to be denied.  But there won’t be the numbers, the electricity and smorgasbord of food.

You won’t find the usual swarm of irritatingly skinny runners with six-pack abs roaming around and certainly less six-packs of the hydration kind. The casual runner makes up the bulk of the race and some like the Green dwellers will refuse to be slowed down and run the course anyway.  You will see remnants of the normal day but the atmosphere won’t have the same vibe.

I have been part of the LHRR for a lot of years.  First as a card-carrying cooler carrier specialist who appreciated the party long before the race and then as a reporter.  I’ve tracked down Biff Pond in famous watering hole `The Place’ in Torrington to get a list of the bands playing on the course. Beers and bands. He was always partial to Hot Ethel.

I’ve had the pleasure of meeting and writing about Bill Rogers, Andy Ronan, Rod Dixon, Sue Faber, Esther Erb and so many of winners and so much of the race’s legendary atmosphere.  I’ve golfed in the Open Bud Open. I’ve shared time with some of the hardest-working and kindest people you could ever want to meet. People like Bill, Jack and Rick Neller, Rick Evangelisti, John Clock, Beth Murphy, Dave Driscoll and Kevin Spencer.

I was introduced to and befriend legendary LHRR co-founder and Boston Globe sportswriter Joe Concannon and one cool guy Tommy Leonard.  I was fortunate enough to write about both of them. I’ve gotten to work with some great people covering the race including Joe Palladino, Tim Gaffney and Jim Shannon.

I’ve typed in hundreds of names of finishers before everything was digitalized and disc made our life so much easier. I’ve watched hundreds of friends run. I’ve been on the Saturday sojourn to the cemetery to salute Concannon and several other stalwarts of LHRR fame.

I’ve heard stories that will never find print in a thousand years and interviewed two-time winner Eddie Hellybuck while he was in Belgium. I have interviewed half the Kenyan running nation. I have covered the race, gone home to write and came back.

There is more but you get the drift, the LHRR has become part of me. You think about these things when all the sudden, it’s gone, at least temporarily.

I will miss the race this year and all the beauty that makes it a day you savor. The idea that we could use the special uplift the race always seems to provide and that good feeling especially in these times is not lost.

In no special order here are a few things that I will miss tomorrow in the year the party was suspended.

A crowded Village with no social distancing and Vig smiling and sweating while hosting the party.

Meeting Tim Gaffney at the Village for our customary 11 a.m. Bloody Mary.

Meeting up with Bill Neller even if just for a few minutes. To me he is as much the LHRR as anybody, and better friend be not found.

The Hawk (Brent Hawksins) and all he brings to the LHRR table which is plenty. The now trademark fashion statement, an outfit of outlandish proportions which kind of looks like he was dressed by Helen Keller. A combination of color, confusion and class. The announcing of the race and his effort to announce every runner that comes down the stretch run. He is the voice.

The aforementioned press truck. It ain’t no joy ride, but in its own way it is a ride of joy. A 28-minute trek that will test you kidneys, bounce you around like Space Mountain and bring up close and personal with colleagues if you are not clutching tight.

Arriving to the race early and just walking around the green and meeting up with people you haven’t seen since the last LHRR.

Watching more than 1,000 runners explode down the main drag to start the race. It is an awesome sight from the press truck.

Heading to Beverly’s after the race and rocking to Linda and the Love Letters. (What do you mean it’s closed and been torn down? When did that happen? Where’s Linda?)

Having a quick hydration on the Green after the race before heading home to write.

This is not meant to be an obituary. We all will be back fit and ready for run and fun in 2021 (well, I don’ know about the fit part….). But like everything else these days, our life is a bit upside down. Something is missing. The second Sunday in June is different this year and I feel the void.

Maybe I’ll just go sit on the Green with my wife and catch a whiff of the last 44 years. It will make me smile.